In simulated scenes, a hostile enemy attempts to seize control of a key waterway close to the Taiwanese capital. Attacking from sea and air, the invading forces target the mouth of the Tamsui River on the island’s northern coast — a strategic estuary that provides direct access to the center of Taipei.

The scenes are part of the week-long Han Kuang exercises held across Taiwan and its outlying islands until Friday. The annual event has been running since 1984 and involves all branches of Taiwan’s military — including its reserve forces — in an effort to boost overall defense capabilities.

This year, the drills have taken on a greater significance amid growing concerns over China’s intentions towards Taiwan — a self-governing island that Beijing’s ruling Communist Party claims as its own.

Those concerns have been sharpened by Russia’s invasion of Ukraine. Beijing has not ruled out the use of force to take control of Taiwan and has been putting growing military pressure on the island by sending aircraft into its self-declared air defense identification zone.

Beijing has also reacted sternly to reports that US House Speaker Nancy Pelosi is considering a trip to Taipei, warning that China’s military would “resolutely defend national sovereignty” if faced with “external forces” encouraging Taiwanese independence.

“China demands the US take concrete actions to fulfill its commitment not to support ‘Taiwan independence’ and not to arrange for Pelosi to visit Taiwan,” China’s Ministry of Defense spokesperson Tan Kefei said Tuesday in response to questions over Pelosi’s reported trip to Taipei.

“If the US insists on taking its own course, the Chinese military will never sit idly by, and it will definitely take strong actions to thwart any external force’s interference and separatist’s schemes for ‘Taiwan independence,’ and resolutely defend national sovereignty and territorial integrity,” Tan added.

The Han Kuang exercises are the biggest annual live-fire drills of their type held each year in Taiwan, a democratically-ruled island of 24 million.

On Tuesday, with Taiwan’s President Tsai Ing-wen watching on, the island’s military simulated an attack on the Su’ao Naval Base, a major military port in northeastern Taiwan, with its forces playing the roles of both aggressor and defender.

For two hours, Mirage 2000 and F-16 jets scrambled to intercept war planes invading from the east; helicopters played cat and mouse with submarines; and guided-missile destroyers fired cannon, missiles and torpedoes at an imagined armada bearing down on the shore.

The drills demonstrate “the ability and determination of our military in defending our country,” Tsai told the troops afterward.

It’s likely the Chinese military will be among those taking the keenest interest in how the drills play out. 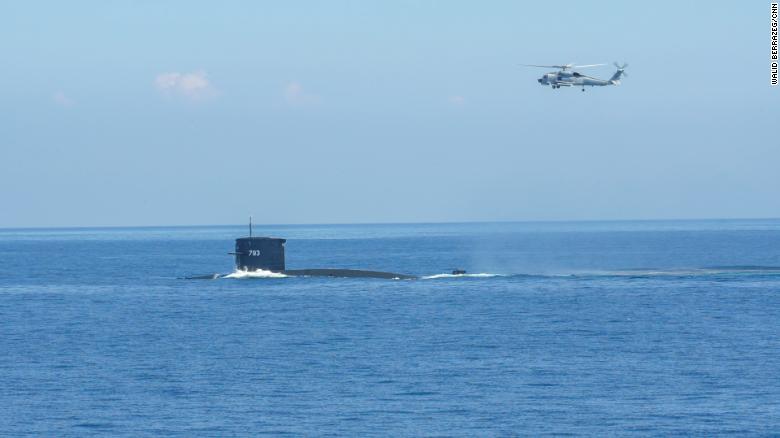 A helicopter and a submarine take part in Taiwan’s live-fire military drills on July 26.

On Monday, a Chinese combat and reconnaissance drone flew through Japan’s Miyako Strait, before loitering in the airspace off Taiwan’s eastern coast, according to a flight path released by the Japanese Defense Ministry.

The drills are also designed to teach residents how to respond if Taiwan were to come under attack.

For 30 minutes on Monday afternoon, traffic in Taipei was halted and residents took shelter as air raid sirens blared out across the city. Similar exercises are being held throughout Taiwan for the rest of the week.

The Taipei City government said the purpose of the air raid drills was to teach the public the location of bomb shelters “in the event of war.” 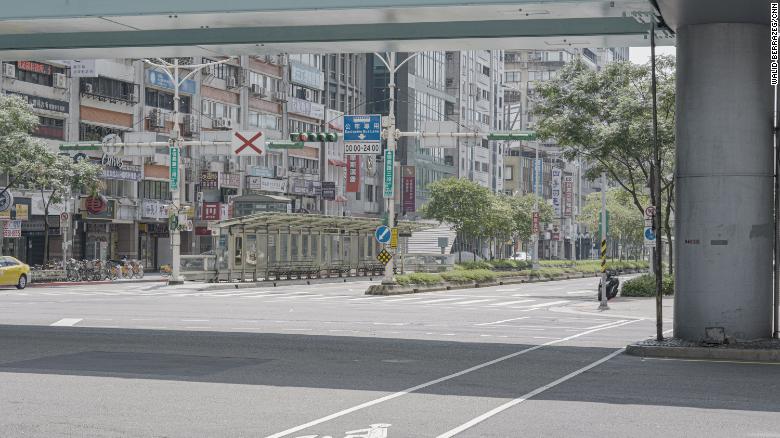 Empty streets during an air defense drill in Taipei on July 25.

A growing threat from China

Both the US and Taiwan have warned the island is coming under growing military pressure from Beijing.

This is partly reflected by the number of times China has been sending its military aircraft into Taiwan’s self-declared air defense identification zone — including 56 planes in just one day last October. In response, Taiwan has had to scramble combat aircraft, issue radio warnings and deploy air defense missile systems to monitor the activities.

Last year, Taiwan Defense Minister Chiu Kuo-cheng said China could be capable of mounting a “full-scale” invasion by 2025, adding that cross-strait military tensions are at their “most serious” point in the more than 40 years since he joined the military.

Since then, Russia’s invasion of Ukraine — and China’s refusal to condemn Moscow’s actions — have heightened speculation over Beijing’s intentions.

Last week, CIA Director Bill Burns said China has been closely studying Russia’s invasion of Ukraine in calculating “how and when” it might decide to invade Taiwan. “I wouldn’t underestimate President Xi’s determination to assert China’s control,” Burns said. 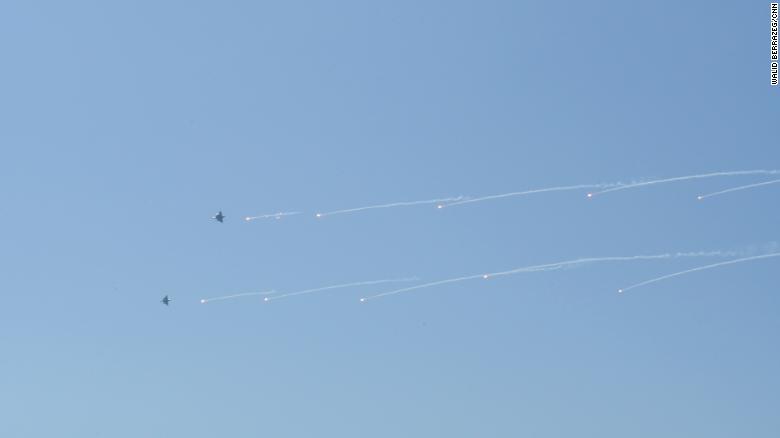 Such assessments have put the spotlight on how Taiwan could best respond in the event of an invasion.

Chang Yan-ting, who served as a former deputy commander of Taiwan’s air force, told CNN that Taiwan needs to learn from Ukraine in combating a larger invading force and accelerate its development of asymmetric warfare capabilities.

Rather than focusing on conventional weapons like tanks, he said Taiwan should develop and purchase new long-range missiles that could hit China’s military facilities in the event of war.

“Taiwan is different from Ukraine in that we are an island and densely populated, so it would be difficult for residents to evacuate from Taiwan if war breaks out,” Chang said.

Hence, the Taiwanese military should focus its strategy on blocking China’s People’s Liberation Army (PLA) from landing in the first place, rather than retreating to the hinterland and risking battles in densely populated cities.

“We should prioritize an asymmetric warfare strategy that prevents Taiwan from becoming a war zone,” he said. “We can do that by urgently boosting our long-range strike capabilities, so that we can hit enemy targets and eliminate their forces in (China’s) Fujian province if they launch an attack, or if they attempt to cross the Taiwan Strait.”

“That way, we can protect the lives of our ordinary citizens as much as possible — as well as the financial capital that our people worked so hard to build on our land over the last seven decades.”

Previous post At 170 carats, this may be the largest pink diamond found in 300 years

British Prime Minister hopeful Rishi Sunak on Thursday said he is excited to keep going in the Conservative Party leadership campaign even as surveys of party voters predict a firm lead for his rival, Foreign Secretary Liz Truss.

The authority's commissioner, Less Napuati, said other relevant government institutions such as the environment department were due to fly to...

Regional Director for Asia-Pacific of the UN Development Coordination Office (UNDCO) David McLachlan-Karr, who arrived in Sri Lanka earlier this...

The Australian government will lift emergency aid to Sri Lanka to AU$75 million as the south Asian island grapples with...

A huge explosion has ripped through a crowded mosque in the Afghan capital Kabul, killing 21 people, police say. Another...